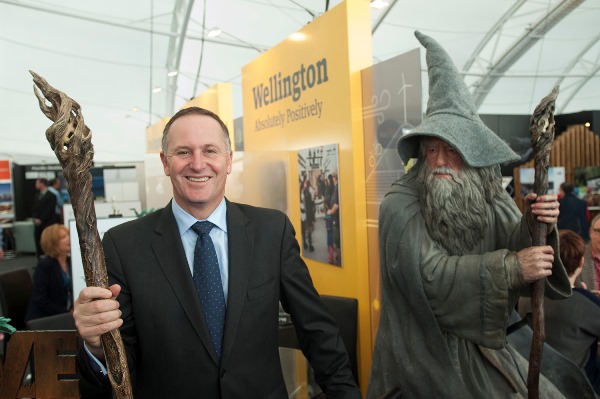 The stress New Zealanders feel, live and struggle with while an over-entitled banker, David Hisco, claimed ‘expenses’ at a bank, ANZ, owned by transnational banking and finance interests, whom demand billions be extracted from NZ annually – is palpable – and worth filing for future use.

Below are four primers and three exposé essays that will help you, your family, workmates, club-members, cousins and classmates realize that the banking fraternity have been gaming New Zealand since at least 1861, when the Bank of New Zealand was established by Royal Charter to escalate the NZ Wars and repatriate the gold from the ‘Maori bottom’. [See links at end]

What is needed to win the fight to replace the debt-based monetary system with decentralized money systems, truly cooperative banking co-ops and savings pools – that together can empower communities is identifying the root causes of the financial, economic and political problems we face. Absent comprehending the root causes – rather than the effects – a mismatch of solutions will follow, especially since insider vested interests love to shrewdly fool amid a managed indoctrinated environment of ignorance.

In the first article – Credit Manufacturing in Neo-Colonial New Zealand – it is shown that the banking industry, which is dominated by transnational consortia, maintains a structural scarcity over ‘settlement’ cash, in order to coerce families, enterprises and public institutions to compete for credit funds that are borrowed into existence.

The second article – Manufactured ‘loans’ drive residential property boom – shows how the competition for scarce housing is compounded by an un-mandated plan that drew Auckland into a Global Cities Movement, long-before the Unitary Plan became “the last piece on the jigsaw puzzle for the amalgamation of the Super City”, as Auckland’s former mayor Len Brown worded it


The third article – Magical Secrets of Credit – explains how credit manufacturing works – how the scarcity of actual cash relative to credit borrowed into existence produces hugely competitive structural forces and why interest rates are really the fees charged by banking cartels to not withdraw supply of credit.

The fourth article – Neo-Colonial New Zealand: The stealthy forging of a ‘Switzerland of the South Pacific’ Utopia [A backgrounder] – delves into the ‘Who, How and Why Big Picture’ of the corporate takeover of New Zealand – deeper than anyone has gone in 1500 words. Neo-Colonial is revealed as the track-laying vehicle for the totalitarian endgame – techno-feudal super-states. One reset to achieve the New World Order Utopian Project was the silent coup of 1984 in New Zealand, which on the surface is a small jurisdiction, but with a large resource-rich maritime territory. The corporate takeover of ‘New Zealand was the result of the ‘1980s Project’ – which was a multi-year initiative sponsored by the New York-based global policy-shaping think-tank, the Council on Foreign Relations. One objective in transforming New Zealand into a ‘Switzerland of the South Pacific’ was to make the nation unaffordable for most New Zealanders – including indigenous Māori – within a quarter of a century. To that end, the diabolical philosophy of oligarchism was adopted as unofficial corporate-state policy – which is the pursuit of extreme wealth through huge wealth transfers, a cruel system that produces mass poverty, dislocation and submission.

In the first exposé essay – Structural Unemployment as an Economic Warfare Tool in Neo-Colonial New Zealand – three examples are used to demonstrate that international and domestic bankers used the overnight inter-bank lending rate market as a transmission mechanism to issue ‘ransom notes’ to state managers. These Nightly Ransom Note Rituals are the market’s way of voting for its political-economic policy preferences, the wholesale ‘cash rate’ deemed ‘just right’, and for regulating the level of unemployment as a coercive mechanism that translates into maintaining a low-wage economy.

The second exposé essay – Harnessing the Herd to Hide a Historical Heist – reveals the Neo-Colonial Crown’s exclusionary blackballing strategy to scapegoat Te Tii Marae at Waitangi in early 2016 to coerce Ngāpuhi to give up the historical truth that it never ceded sovereignty in 1840. This exposé shows by their ‘enjoinable conduct’ how the Key and English Ministries dismissed the DOJ’s Waitangi Tribunal findings that Ngāpuhi iwi and hapū did not sign away sovereignty – and by implication, other Māori who signed – and by their subsequent actions, the Key and English Ministries, escalated prior behaviours to pursue a callous trajectory to avoid going to Waitangi on Waitangi Anniversary Days. Because the Neo-Colonial Crown refused to fess up that the Bristish Crown had duped ‘Māori into signing the 1840 Waitangi Treaty with the con-job that as sovereign rangatira, or chiefs, they were conferring the right for a Governor to rule over Pākehā settlers, the Crown’s fraudulent claim to sovereignty remained intact. and therefore, the awkward admission of how the British-Colonial Crown gained sovereignty over New Zealand was avoided and its claims to vast tracts of lands and sea means that indigenous Māori have been cast as ceremonial, corporatized Tax Herds. The Crown’s position is, therefore, a breach of section 240 of the Crimes Act, which deals with crimes of deceit.

The third exposé essay – The Masonic New Zealand Wars: Freemasonry as a Secret Mechanism of Imperial Conquest During the ‘Native Troubles’ – sketches Freemasonry’s secret role to take control of the Māori native estate, smash the Māori communal economy and destroy any example of Māori independence. It shows the Masonic-Protestant settlers chose Waitara as the location to escalate the Masonic New Zealand Wars at least as early as February 1858. And it traces the moves Freemasonry made to take control of the political, commercial and martial power structures of this far-flung colony as they conspired to escalate the New Zealand Wars, once the First Taranaki War proved harder than they anticipated.

The racketeering that underpinned the corruption, collusion and conspiracy to orchestrate the corporate takeover of New Zealand via a ‘silent coup’ in mid-1984 offers rich data, imagery and narratives. the corporate takeover of New Zealand. The imposition of a ‘Switzerland of the South Pacific’ Utopia Project essentially advanced the colonial-era takeover by Freemasons & their Protestant accomplices.

What would it take for a three-pronged Pitch-Fork & Heads on Sticks counter-movement to strategize, organize and mobilize to dismantle the Neo-Colonial track-laying system before finishes constructing the techno-feudal super-state totalitarian world system? What would it take for a second prong to strategize, organize and mobilize to displace the Neo-Colonial Oligarchy, primarily by being adult about recognizing indigenous Māori ancestral claims to land, the fraudulent underpinning of the two language versions of the 1840 Waitangi Treaty and exposing the Neo-Colonial corporate takeover of New Zealand since mid-1984 – with a supporting role by the National Security State Complex? What would it take for a third prong of a Pitch-Fork & Heads on Sticks counter-movement to orchestrate mass land redistribution, to build self-autonomous rural village clusters connected to towns and cities by cooperatives, companies and councils controlled, influenced or inspired by indigenous iwi, settled stock and foreign folk? What would it take to educate – rather than indoctrinate – that as human beings our common interests can outshine the manufactured divisions down the millennia, conjured over the centuries and twisting through the tens of decades?

Whether we be men, women, fathers, mothers, grandparents and youths or children of marae, communities of Pākehā and the ever divisible races, nationalities, cultures and other identifier groupings that have made New Zealand home, it is imperative that we see we have been manipulated by the ultimate supremacist enemy of humanity – the super-rich Neo-Colonial Oligarchy that rules this far flung archipelago of empire. And to see the Neo-Colonial Oligarchy’s ideologically-driven systems, stratagems, and shitfuckery are pathetic functional psychopathic manifestations of childish-bullying. In short, we are far too obedient, tolerant and sissy when it comes to confronting the dangerous idolizing of the philosophical pursuit of world domination: Oligarchism.

To forge a positive future with bona fide freedom, grow-up humans en mass will need to get over the fear of the dark, by going through political puberty – which mean growing political balls and political ovaries to face the naked doom. To do anything less – such as practicing conservative liberalism on the political left, or liberal conservatism on the political right, or apolitical consumerism, religious worshippery, or hippie new-agery* – is to choose to be zoned out on shiny things, childish scaredy-cattery and political wankery while the authoritarian fascist, communist, and religious fundamentalist regimes of the ‘East’ and ‘West’ fuse with corporatism, to reshape the world with new hi-tech enclosures.

*To be super-clear, I’m not mocking spiritual practices grounded in community, compassion and love. I’m pointing out the manipulation of hierarchical religions, churches and other cults that milk peoples’ vulnerabilities, naïvity and resources – including time – without disclosing the psychic vampiric nature of the economic enterprise. As with other hierarchical power structures, the common purpose underpinning such religions, churches and other cults – is at rock bottom – to impose a system of who does the dishes.

Magical Secrets of Credit at https://snoopman.net.nz/2018/11/18/magical-secrets-of-credit-revealed/

Neo-Colonial New Zealand: The stealthy forging of a ‘Switzerland of the South Pacific’ Utopia [A backgrounder] at: https://snoopman.net.nz/2018/11/18/neo-colonial-new-zealand-the-stealthy-forging-of-a-switzerland-of-the-south-pacific-utopia-a-backgrounder/

Structural Unemployment as an Economic Warfare Tool in Neo-Colonial New Zealand at: https://snoopman.net.nz/2018/11/19/structural-unemployment-as-an-economic-warfare-tool-in-neo-colonial-new-zealand/

Harnessing the Herd to Hide a Historical Heist: How and why the Crown’s marketing of the myth that Māori signed away sovereignty in 1840 breaches the Crimes Act of 1961 at: snoopman.net.nz/2018/09/18/harnessing-the-herd-to-hide-a-historical-heist/

The Masonic New Zealand Wars: Freemasonry as a Secret Mechanism of Imperial Conquest During the ‘Native Troubles’ at: https://snoopman.net.nz/2017/04/25/the-masonic-new-zealand-wars/