Stand-up to the Corporate Boot! 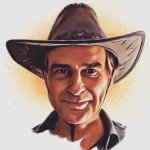 The Trans-Pacific Partnership Agreement (TPPA) is the latest economic framework within a ‘global neocolonial project’. The details of the negotiations are conducted in secret because key insiders know that they transferring economic and political power to international and supranational rule-setting institutions. Such a regime strategy is called ‘new constitutionalism’, which is designed to restrict democratic accountability to nation state citizenries.

Absent full disclosure of the TPPA texts, cartel and conspiracy law theories predict that entrapment underpins the secretive negotiations. Cartel theory models collusion for economic gain. Conspiracy law models for political gain. In the realm of political economy, both collusion and conspiracy involve secret agreements to gain at the detriment of society, wherein the real intent is hidden or denied.

Thus, even publicly notified schemes such as the Trans-Pacific Partnership can still involve conspiracy and collusion by using ‘free market’ era ‘speed politics’ to overwhelm communities (who get little help from the corporate-state funded mainstream media).

Because capitalism is a private political system designed to limit as many people as possible from having access to land, dominant capitalist coalitions use subterfuge to hide the economic repression inherent to the capitalist state system. (see “It’s the Financial Oligarchy, Stupid” Ch 2 & 3, by Steve Edwards http://hdl.handle.net/10292/5536).

It is crucial to the transnational capitalist class that communities are prevented from developing economic autonomy, lest they gain the means to real political freedom (as opposed to the so-called freedom to work as a debt slave that has been won by fighting wars for the wealthy).

See also: “Code Purple: Whistle Blowing on ‘Free markets’, the ‘Shock Doctrine’ and ‘New Constitutionalism” and  “A Poorly Understood ‘Bargain’: How Democracy and the 60s Movements became Orphans in the ‘Free Market’ Era” by Snoopman to grasp why exactly it is that ‘ignoring the people’ has become state policy the world-over since the mid-1970s.

Documentaries on the deployment of ‘free market’ economic shock treatments:

The Shock Doctrine (2009) [based on Naomi Klein’s book]
http://www.youtube.com/watch?v=7iW1SHPgUAQ