Subject – The Matador: John Key & His Flag of Tricks 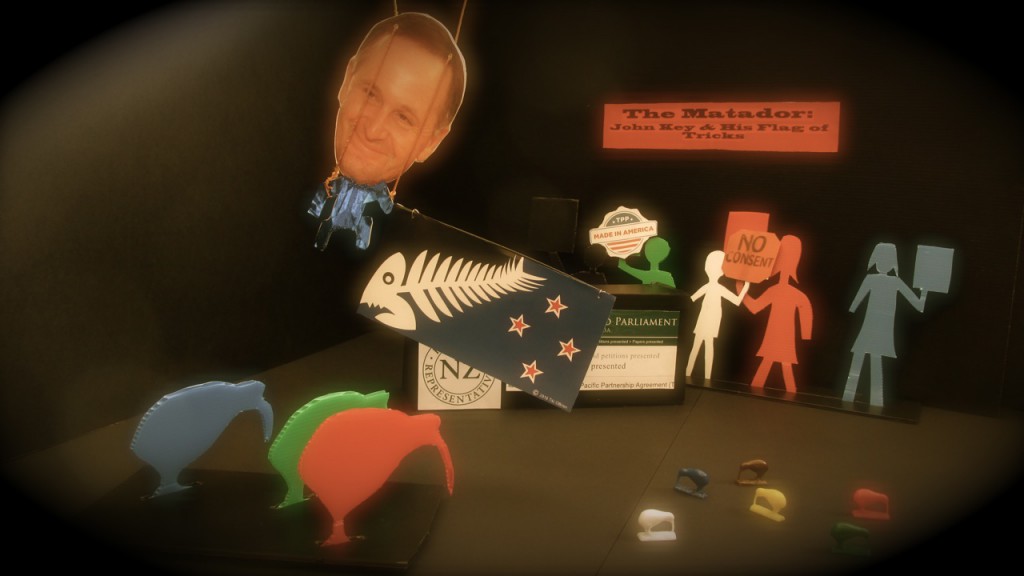 The New Zealand government seriously risks failing to reach the threshold of sufficient consent over the Trans-Pacific Partnership Treaty.

The conspicuous absence of effort by John Key’s administration to promote the public submissions process into the Trans-Pacific Partnership Treaty – which is currently underway – in effect, means that the government is deliberately attempting to railroad through an economic, legal and political framework that undermines nation state-based democratic participation, mechanisms and independence – with the least possible resistance.

Meanwhile, the flag change referendum gets plenty of news coverage. 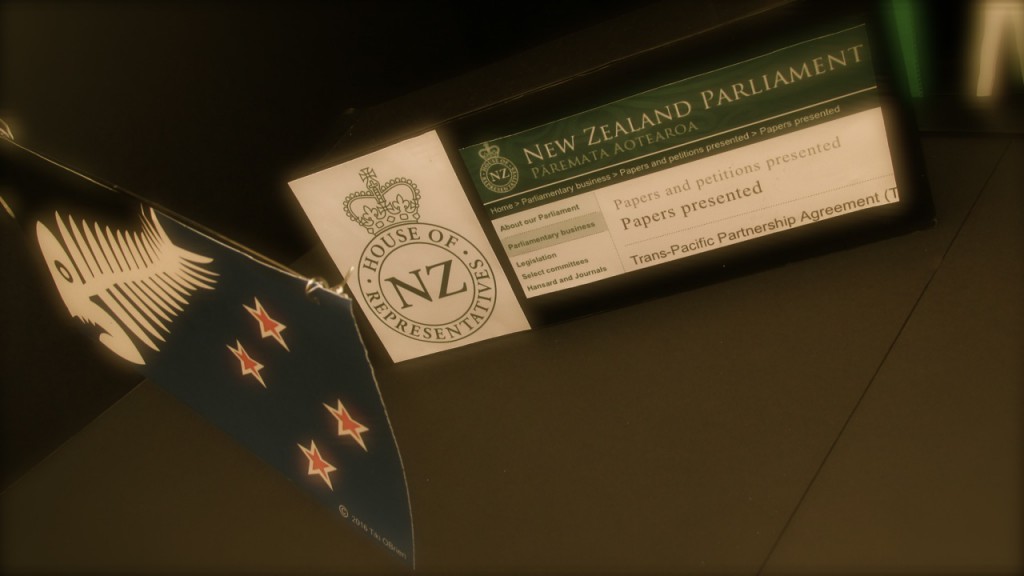 A Google search of the Parliamentary International Treaty Examination on the Trans-Pacific Partnership shows the New Zealand government has failed to capture the attention of NZ news outlets to publicize this important public submissions process, which has a tight one-month time-window (between February 9 – March 11). 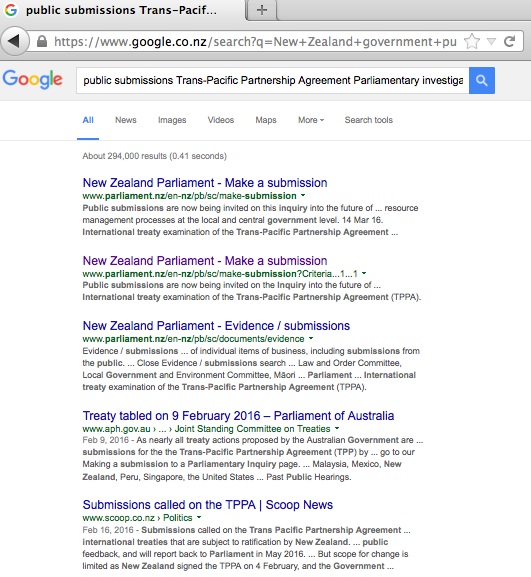 In a story headlined, “The Matador: John Key & His Flag of Tricks” posted on Snoopman News, Snoopman argued that New Zealand’s prime minister is deliberately distracting New Zealanders from this more important development, the parliamentary investigation into the Trans-Pacific Partnership Treaty. Snoopman stated, “The TPP, along with its Atlantic Ocean fraternal sibling, the Trans-Atlantic Trade and Investment Partnership, (or TIPP) and the all-encompassing stealthy sibling, Trade in Services Agreement (TISA), represent the formation of massive economic blocs.”

“The TPP, TTIP, and TISA agreements are the superstructure that will position the United States at the centre of an Anglo-Euro-American Empire. These three impending mega-treaty deals are, in fact, protectionist economic blocs, that together comprise two thirds of global economic activity across 78 states.”

Snoopman points out, “the intention underpinning the planned TPP-TTIP-TISA super-blocs regime is to permanently lock in the changes at an international (or supranational) level, so that ‘governance’ is taken beyond the reach of nation state-based citizens. ” 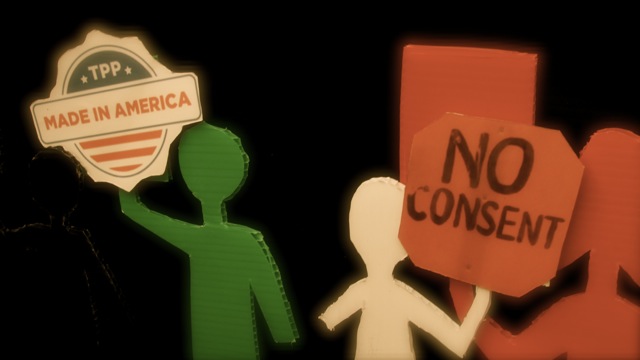 The editor-in-chief of Snoopman News suggests the news media have overlooked a fundamental question: If all Western news outlets, “don’t investigate this end-run around national sovereignty and the quest to construct regional super-states, how do they think this dangerous game of world domination is going to work out well for any of us?”

By failing to publicize the public submissions process on the Trans-Pacific Partnership through the news media, New Zealand’s prime minister is continuing his role-play as John ‘The Matador’ Key. So far, his strategy to distract the Kiwi Tax Flock with the flag change referendum has worked for him.

But, it will be at the expense of being able to claim sufficient consent for the Trans-Pacific Partnership Treaty.

And, for ‘The Matador’, the Kiwis will come home to roost. 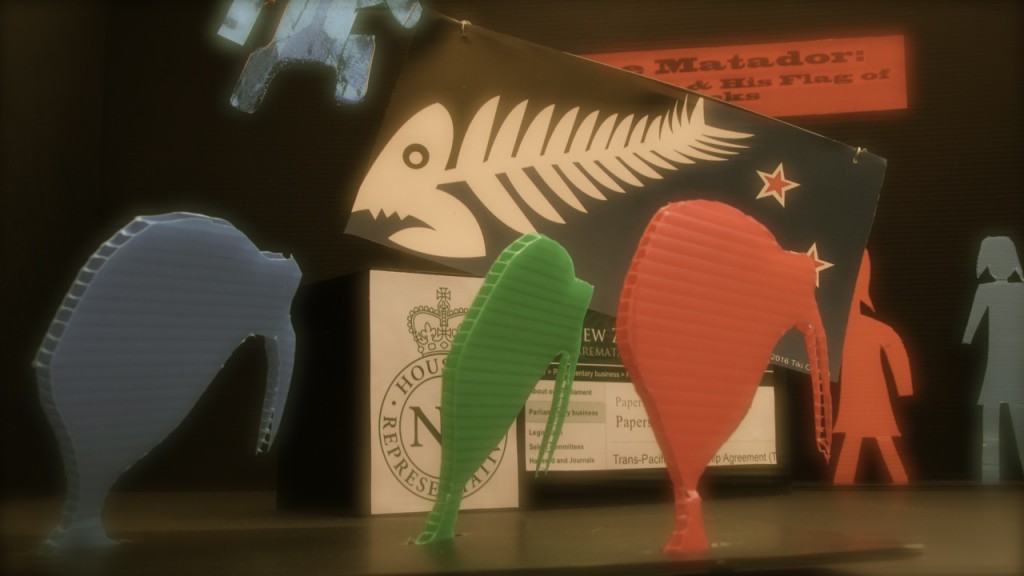 [N.B. This Press Release has been sent to all New Zealand media outlets and is now a public notice.]

Resources from It’sOurFuture.org.nz
Make a Submission on the TPPA

Guide to making a submission on the TPPA