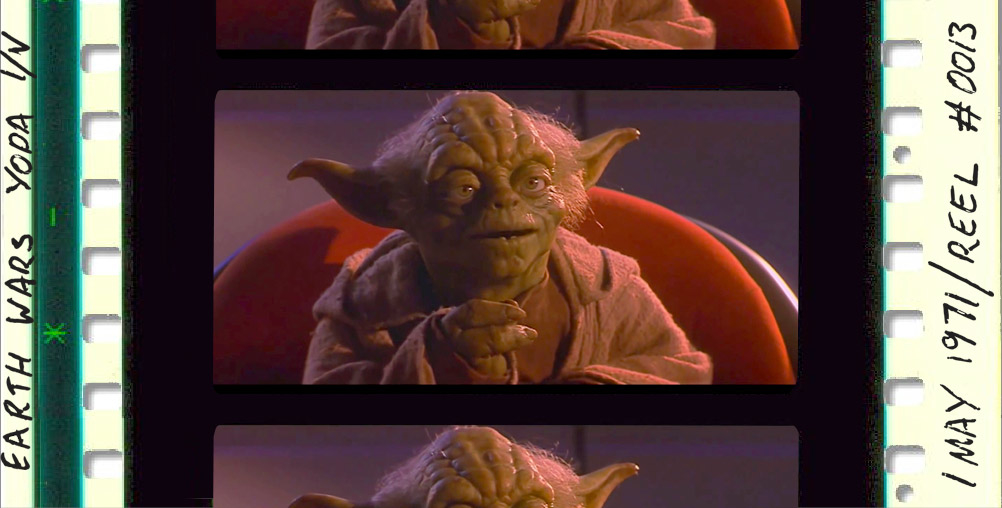 George Lucas: Why does humanity suck at world peace?[1]

Yoda: Knowledge of who controls the Dark Side, Earthlings do not seek.

Y: Made of fear, meek Earthlings are. Sissy extras, George, your species have become.

GL: What has fear got to do with humanity sucking at world peace?

Y: Everything! Fear is the path to the Dark Side. Fear leads to anger. Anger leads to hate. Hate leads to suffering.[2]

Meditated on this for many hours, have I. Mmmm.

Earthlings preyed upon with fear, they are. Earth’s governments brainwash you all, they do.[3] Believe that conjured and imagined bogeymen will get you all, you all do. Yes.

GL: Are Earth’s governments the Forces of the Dark Side on Earth?

Y: Control of the Dark Side on Earth. Mmmmm. The Illuminati, it is with.[4] A World Domination cult that infiltrates every important power institution, The Order of the Illuminati are.[5] The Illuminati Empire’s real wealth, owned collectively it is. More powerful by sharing the loot of conquest, plunder and exploitation, the Illuminati  Order are. Speak of them as ‘they’, Earthling hippies, do. Yes.

GL: Let me play the Dark Side’s advocate here. What is war good for?

Y: [Yoda chuckles]. On the Dark Side, absolutely everything, George if you be.[6] [Both giggle]. The Illuminati oligarchs [A secret society of super-rich families – Ed.] make war to gain and sustain control over resources, including ideas. All alien and native races, dominated through war they are. To waste the surplus of rival Empires, and sabotage the creativity and the industry at home, war is waged for this. Yes.

GL: Why don’t Earth’s races see what their Empires are really up to?

Y: Refined in the tricks of distraction and illusion, the Dark Side Illuminists are. Divided by quarrels and conditioned to focus on difference. Mmmm. The frivolous and the earnest entangled in a great tragedy, they be.

Y: Dangerous terrible-twos in grown-ups bodies, Illuminati are. What cunning minds they have, the better to control Earthlings with. Yes. Mmmm.

GL: Is there anything else you’d like to say Yoda?

Y: Living life as clichés, Earthlings stop, you must! Meaning missed by bumbling along having a series of experiences, you all have. Mastered mediocrity in great numbers, you have.

One thing, learn you must. The psychopathic rulers of your troublesome planet, the biggest scaredy-cats in your galaxy, they are. Being found out, they fear most. Keep control over you, train you all to be sissies, your rulers do. Yes.[7]

GL: Well, this is great material for my documentary. I’m going to call it, Earth Wars: The Illuminati’s Stealthy Quest for World Domination.

Y: Spielberg, you are like. In such a hurry, double agent filmmaking time lords, always are. Really need to say, what do I? Oh, yes.  [Yoda chuckles] Ha-hhhmmm. [Clearly intending to reach-out to an Earthling audience, Yoda eye-barrels the camera]. Endorse the idea of a Chosen One, do attribute the meaning with caution, if you hear me.[8] Yes. A Chosen People superior to others, the ‘Chosen One’ term means not. Choosing to live a moral life often with extreme risk, a Chosen People means. The idea of a Chosen People, dangerous it is, if used to trample on others. A right conferred to a Chosen One by The Force to justify any injustice, believe not. Captured by the Dark Side of the Illuminati’s Zionist-controlled Hollywood, George, do not let your work be.[9]

GL: [Lucas laughs nervously]. I’m sure that won’t happen Yoda. How does, ‘May The Force be with you’ apply to us Earthlings?

Y: ‘May The Force be with you’, George and all Earthlings, really it means a choice you have. Do. Or do not create world peace. There is no try. [Yoda chuckles] Give peace a chance, sissy Earthlings, you must! Mmmm.

GL: Soo, people who meditate or pray for peace are being sissy?

Y: Praying and meditating for peace with action lost in a river of ritual, sissy it is. Mmmm. Like sending ‘love vibes’ to a fully operational Death Star, symbolic warm fuzzy gesture, it be.[10] A World Rebellion to free your Planet Dumb-dee-doo from stealthy tyranny, needed it be. Emancipated through rebel revolution, you will be. Emancipation is a long, winding, dry shitty passage, to push through. Mmmm. [Yoda Chuckling]. Push out your emancipation, sissy Earthlings, you must.

GL: Does this long, winding, dry shitty passage have a name, Yoda? 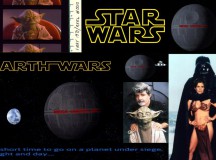 Yoda Says, “Give Peace a Chance, Sissy Earthlings, You Must! Mmmm.” also on FilmforAction.org

The use of copyrighted material is reproduced here with fair use powers since the planet is under siege night and day, as one of the most authoritative, distinctive and wisest voices the universe has known actually tried to warn Earth back in the Polaroid days of 1971. Thanks to the droid R2D2, we can read what Yoda said. The claims to copyright over the satirical ideas contained with this work remain the property of the creating artists and their alter-egos at Snoopman News.

NZ PM Writes to ‘Missing Million’ Voters, “Thanks for not voting, loser”.