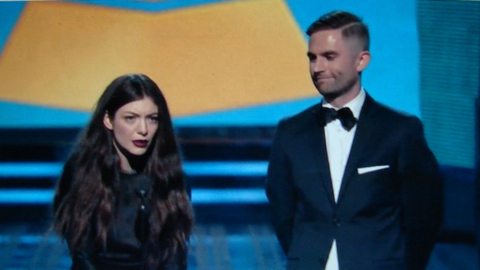 Thankyou soo much everyone for making this song explode because this world is mental. (Laughter). Planet Earth is run by psychopaths that hide behind slick marketing, ‘freedom’ propaganda and ‘economic growth’ rhetoric,[1] while they construct a global system of corporatized totalitarianism.

As American journalist Chris Hedges has identified, a corporate totalitarian core thrives inside a fictitious democratic shell.[2] This core yields an ‘inverted’ totalitarian state that few recognize because it does not look like the Orwellian world of Nineteen Eighty-four.[3]

This corporate totalitarian core is spreading outward from America. Planet Earth is being rapidly militarized by the world’s major and significant states, including their police forces.[4] Meanwhile, state surveillance is becoming universal[5] and torture is outsourced to gulags.[6]

Can we not imagine that in past times, simple folk found it hard to work out exactly how they were being manipulated by the Royal monarchies, and the Papal monarchy, who claimed a ‘divine right to rule’? Ordinary people from classical times through to the demise of the Ancien Régime could not see how the rivalrous network of elites and oligarchs were linked, not least because the illiterate masses were indoctrinated to believe in their humble lot, to obey divinely-endorsed authority and to live in fear of damnation.

So, in today’s mental world, it should become clearer now that Planet Earth is ruled by super-wealthy people, who use their outrageous fortunes to steer the trajectories of whole societies for their own material and political gain.[7] These oligarchs are, in fact, colluding for economic gain and conspiring to augment more political power.[8] Armies of professional, political, religious and military elites serve them.[9 Together, they comprise a highly-networked transnational capitalist class that has been traced in studies by: Peter Phillips and Brady Osborne;[10] William K. Carroll;[11] David Rothkopf;[12] Daniel Estulin;[13] and Laurence H. Shoup and William Minter.[14]

As Canadian journalist Naomi Klein has argued in her book, The Shock Doctrine: The Rise of Disaster Capitalism, ‘free markets’ were slickly marketed in the 1980s and 1990s with the idea that they would deliver individual freedom and prosperity for all.[15] Klein also wrote that the use of military violence to facilitate the spread of ‘free markets’ in the field-testing stage from the mid-1960s to the mid-1970s has continued into the 2000s. Her view is supported in Eugene Jarecki’s documentary Why We Fight, which compellingly showed that America fights wars to make the world secure for its corporations.[16] So, get reading and viewing! (Lorde giggles and half the audience rises to their feet applauding. The other half remain fixed in their chairs. Some reluctantly clap).

Thankyou soo much everyone for giving a shit about our song, ‘Royals’. May you all find the balls to help construct a world based on resilient community, bona-fide freedom, and peace. To do that, we will need to redeploy the psychopaths that currently run the world to the planet’s prisons.[17] Peace cannot happen with reconciliation. That was Nelson Mandela’s mistake.[18] The first step to peace is justice firmly served.

[9] Winters, J. A.(2012, February 27). Oligarchy in the U.S.A.: The wealth defense industry protects the richest of the rich. In These Times. Retrieved from http://inthesetimes.com/article/12698/oligarchy_in_the_u.s.a/