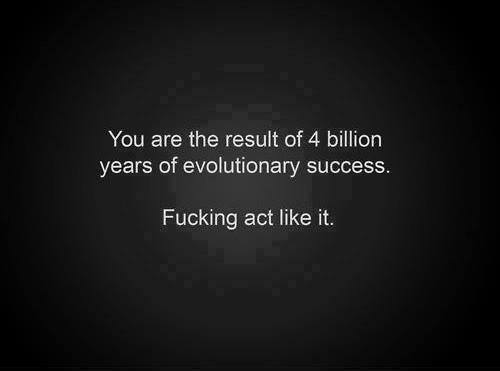 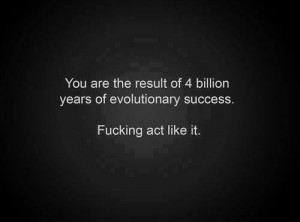 MUCH OF THE WORLD HAS BEEN CONDITIONED through the news media, Hollywood movies and TV programs to believe over-simplified explanations regarding major world events. These over-simplifications extend to: why wars continue to happen a century after the commencement of the ‘War to End All Wars’; why the world has outrageously rich people while billions are landless; and why it is that ordinary people in so-called free, open and democratic societies are meant to believe that their needs, rights and aspirations will be met by simply getting to tick a box or two every few years.

Notwithstanding efforts by news and current affairs outlets, such as Russia Today, Global Research, Democracy Now!, Washington’s Blog and The Daily Blog to decipher the relentless propaganda, such over-simplifications are so commonplace, that most news outlets can get away with failing to challenge the major assumptions upon which mass populaces construct their worldviews.

What we call ‘the news’ is scripted by dark-minded satirists working in powerful institutions that feed into the Global Media Complex. The five American-based media transnationals that dominate the world’s media coverage – Time Warner, Disney, NewsCorp, NBC Universal, CBS and Viacom – also have dark satirists, as well as de-moralized (dis-empowered and unprincipled) flippant propaganda missionaries and gullible serfs (produced by the ‘Schools of Balanced Journalism’) on their pay-rolls.

The result is that mass-hapless populaces are the witless victims of relentless Psy-Ops. Particularly vulnerable are those that think they are well-informed because they regularly consume ‘the news’. Indeed, most people lack the skills, knowledge and psychological defences to analyze the news media they consume.

Small wonder that most people are, essentially, sheople who have no idea that powerful interests are manipulating their view of the world through carefully constructed psychological operations (Psy-Ops), or sophisticated propaganda. Indeed, even genuine grass-roots activists who pride themselves on being well-informed are still susceptible to Psy-Ops, especially if that pride is supported by an ungrounded ego attached to a body that doesn’t do any organic gardening.

The advertising, television programming and Hollywood movies that surround ‘the news’ encourage people to be emotionally, intellectually and politically immature. Such media also encourages mass populaces to be hardworking, competitive and, ultimately, narcissistic consumers.

In other words, ordinary people are cast as extras with life-style constructing  consumer identity projects upon which they build their frivolous personalities, that, in turn, are ironically supported by a top-down conditioned work ethic. But, a strong political ethic is nowhere to be seen. Strong political ethics are consigned to a universal media black hole.

This scarcity of strong political ethics among ordinary people is no accident. Systemic political apathy was built into a secret plan called the “1980s Project”, that was devised to undermine the democratic participation of nation state populaces everywhere.

In  an article titled, “A POORLY UNDERSTOOD ‘BARGAIN’: How Democracy and the 60s Movements became Orphans in the ‘Free Market’ Era”, Snoopman explains how ‘Too Much Democracy’ became ‘Just Right Democracy’ for a few corporate bears. In a nutshell, a North Atlantic Capitalist Class saw the movements of the 1960s (and the demands from insubordinate ‘Third World’ countries to develop), as an affront to their power. Facing a spectre of ‘too much democracy’, elite technocrats devised a blueprint, the aforementioned “1980s Project”, between 1971 and 1973, to transform the world under the rubric of ‘free markets’, as was revealed in the book, “Imperial Brain Trust”.

Snoopman also tells on the global policy-shaping group, the Council on Foreign Relations that was behind the “1980s Project” in a follow-up article, “Code Purple: Whistle Blowing on ‘Free markets’, the ‘Shock Doctrine’ and ‘New Constitutionalism’”. Economic and military warfare were central to the Council on Foreign Relations’  technocratic strategy to construct a Transnational Corporate Empire via a global neo-colonial project (AKA globalization). Economic ‘shock treatments’ were used to coerce governments and mass populaces to submit to ‘free markets’ in accordance with the ‘Shock Doctrine’, as Canadian journalist Naomi Klein has identified.

Indeed,  since the 1970s  an Anglo-American financial oligarchy had pursued a strategy, under the rubric of neoliberal ideology, to foment the conditions for financial crises in order to coerce governments the world-over to agree to implement the ‘free market economic shock treatments’, or  ‘structural adjustments’, in exchange for emergency loans. In other words, key insiders from the major private banks and financial authorities colluded and conspired, to make vast fortunes and to augment more political power, respectively, by using crises as ‘change mechanisms’ through the application of what Dr. Snoopman calls the boom-bust-bailout formula.

In Dr. Snoopman’s thesis, “It’s the Financial Oligarchy, Stupid”, which was a study of the Global Financial Crisis and the news media coverage of the bank bailouts in the US and UK, he  showed clear circumstantial evidence of ‘conscious parallel business behaviour’, by applying conspiracy law and cartel game theory. (In conspiracy cases, such evidence is admissible to convict co-conspirators).

Dr. Snoopman also used an event clustering technique originally designed to decipher submarine intelligence reports. By paying attention to events referenced in news reports that do not belong to the event at hand, or to a particular event cluster in the news coverage, and by studying what really happened with past events that are recalled, rather than relying on official sanitized versions, the hidden objectives of key insiders can be revealed. For instance, in news coverage of the Global Financial Crisis, historical events such as the Great Depression, Pearl Harbor, and the American ‘Civil’ War were referenced. Indeed, the techniques applied in Dr. Snoopman’s thesis can be used to decipher hidden agendas in major news events in the past, the present, and even the future (as it ‘unfolds’).

So, Snoop Monster’s even bigger wish is that people everywhere, in overwhelming numbers, enthusiastically, cleverly and wit-fully … “Wise-up, Wise-up, Wise-up!”

•Become paradigm warriors to halt this economic war framework (directed by the super-rich), and redirect resources to create resilient, sustainable, self-determining communities, based on permaculture principles;

•Dismantle capitalism because its secret purpose is to limit as many people as possible from having access to land. Communities cannot be self-determining if they do not control economic resources;

•Jail key insiders who have conspired (for political power) and colluded (for economic gain) against societies, by consciously advancing what is, essentially, a global neo-colonial project (AKA globalization). Otherwise, efforts to create a peaceful world will be futile if the criminal transnational capitalist class network remains intact to commit more power crimes.

And then, get back to Snoop Monster when you have done your homework!

P.S. My biggest ever, ever wish is that people everywhere, in overwhelming numbers, grow balls (chicks included), and open their hearts (guys included), and re-learn child-like play (straight-laced people particularly)!

RELATED: SEE the ‘FUCK-YOU’ MEME (#FuckYouMeme) in this satirical video on Upworthy at http://www.upworthy.com/we-hate-earth?g=2

NZ Election Prescription Pills: Why New Zealand’s Political Actors Harvest Votes with Emotions and how they Play their remaining Cards will determine who Wins the Throne to Rule during the Looming Zombie Apocalypse